Heavens open in Dumfries, but play goes on!

Despite treacherous Weather conditions, the GSCT/CCT Challenger series, sponsored by Lely, went ahead at Dumfries. The weather did however affect the Blogage, as internet access was severely disrupted.
So apologies that this was not updated throughout the weekend, but here is a round up of this weekend's event!
Ladies Event
In the Semi finals both games went down to the last shot of the game.  Gray managed to draw the button to score 2 and beat Drendl and Maillard stole 1 from Gisler to win the other Semi Final. 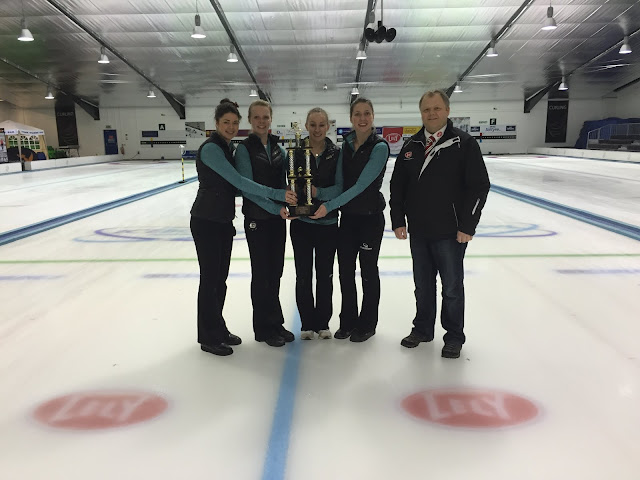 Men's Event
Bruce Mouat took on 2014 champions Tom Brewster in the Final of the Men's event where the final also went to the wire with some great shots and powerful sweeping on display.  With the game tied after 7ends Mouat had the hammer in the last end.  Brewster was lying 3 shots when Bruce came to play his last stone where he needed to lift a double and stay to win.  He duly lifted the double and then everyone's hearts were in there mouths and the gasps were let out as the stone started to roll.  It came to rest with the thought of a measure in mind, but as the teams studied the stones team Brewster agreed that it was one to Mouat and Bruce and his team of Duncan Menzies, Gregor Cannon, Angus Dowall & Bobbie Lammie were Lely Challenger Series winners for 2015

Mark Armstrong from Lely came along to watch the final along with a good crowd of spectators.  Mark presented the teams with there prizes. 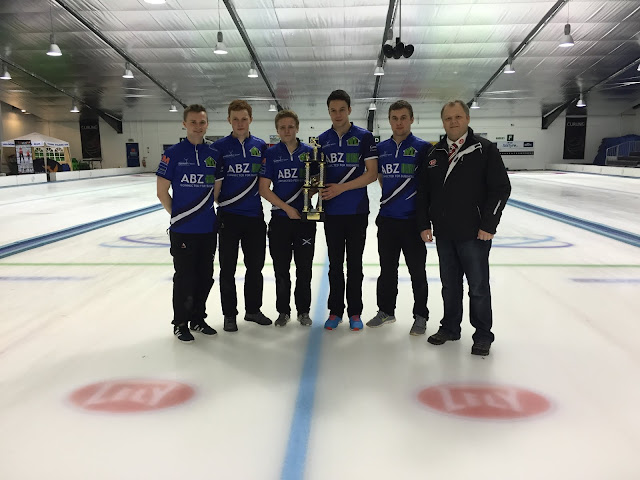 A big thanks went out to the Sponsors Lely, Scott Henderson for producing great Ice for the teams and all the volunteers at Dumfries who helped run the event, transport teams and keep the event running over the 3 days.

There is a big break for the GSCT now, with the next event being Aberdeen City Open 5th - 7th Feb 2016.
Have a great festive season folks and see you all in the New Year!
Posted by Unknown at 17:52 No comments:


Play is underway at the Lely Challenger Tour event in Dumfries. You can follow the action at http://www.dibca.co.uk.
Posted by Unknown at 20:47 No comments: