Following the Accord ESL Aberdeen City Open; the final event on the Tour, David Edwards and his team of John Penny, Scott Macleod and Billy Morton (subs Adam Flint and Kerr Drummond) have been crowned out 2015 Goldline Scottish Curling Tour Champions.

Heading into the final event, Tom Brewster and Hannah Fleming were the only other teams who remained in contention for the overall prize and with both teams falling short in the quarter finals this determined the final placings.

Edwards and his team picked up Tour wins at the Sulwath Open in Dumfries, The Forfar Open and at his home club in Aberdeen at the Accord ESL City Open. This is the second time David Edwards has claimed the top prize in the Goldline SCT, following their success in the 2012-2013 season. 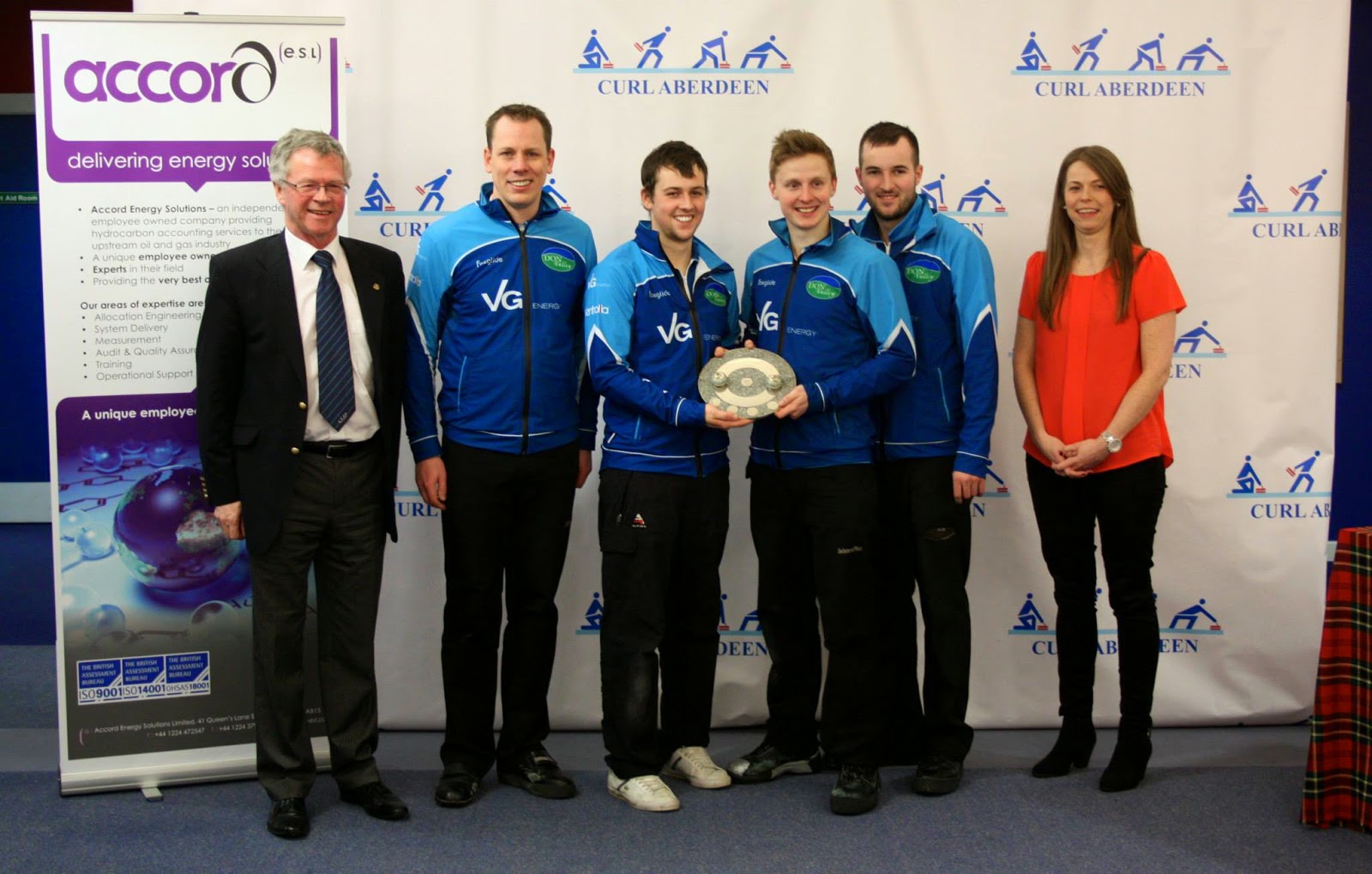 Picture: David Edwards and his team of John Penny, Scott Macleod and Billy Morton picking up their latest prize on the Tour at the Accord ESL Aberdeen City Open